I’m 44 this year and still one of my most favorite things in the world to do is break colts.Now, most of the horse folks I know my age or even younger wouldn’t touch a green horse with a ten foot pole. They don’t want to get hurt and they think I’m nuts for still wanting to take the challenge on. Maybe I am.

I know I’m not the only crazy one. I’ve got  a friend that’s almost ten years older than me that still loves breaking colts as well even though he’s been banged up a lot more than me the last few years. Too, one of my biggest mentors, Marty Green, was still breaking colts in his late 60’s. There’s just something about taking a young horse that knows nothing and teaching it something valuable that it’ll use in life and then seeing that learning process happen right before your eyes. There’s not another feeling in the world like it.

I don’t get to train full time as I work full time in the healthcare industry and have a barn full. I’m hoping however that in the new couple of months we’ll have a slot open up and can re-organize my pasture set up so that I have a lot more time to ride instead of doing stalls!

At the moment I’m working my step-daughter’s horse, Kiwi Brigadier’s Bar, also known as Mo. I got a handful of quick rides on her last fall and gave her the rest of the time off. This summer I started her back and even managed to haul her to two barrel races to get her first rides off the farm. 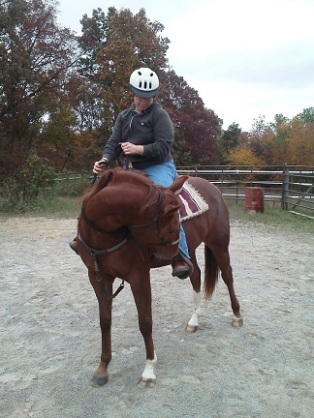 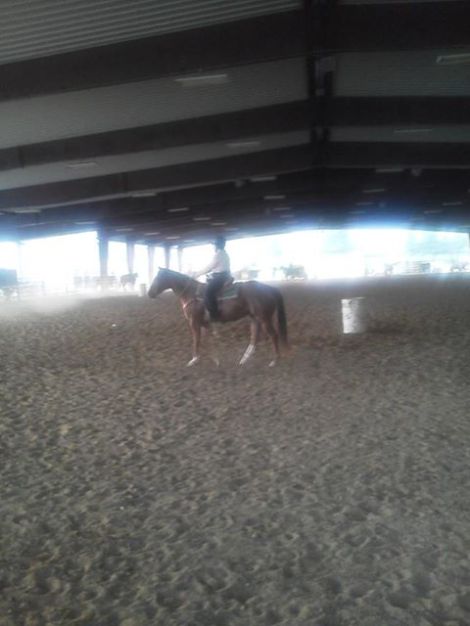 I always try to put in enough ground work and time so that the first rides go without incident. Just like anything else, first impressions either make or break a relationship. Horses aren’t any different. How they are broke out decides their attitude on riding for the rest of their life and I want it to be a good one. I get a little radical when it comes to breaking colts. You see, my thoughts are that how their trained can ultimately cost them their life. The slaughter houses in Mexico and Canada are full of horses that have training issues and poor training put them there. That’s why I take it as a serious responsibility.

Over the years, I’ve learned that if you’ve done the proper groundwork and taken your time, it’s not the breaking you have to worry about at all. It’s usually the later rides. My saying has always been, “They get a little older and they get a little bolder.” It’s true. They get a little more size and learn to handle their feet, that’s when just like a little teenager they have to try the boundaries.

Mo is one of those horses that loves petting. She’s also one of those mares that’s not so sure of herself. If you love on her however, she’ll try her heart out for you and if she’s not sure it’s the right thing, she’ll ask in her own way. I don’t think I’ve ever had a mare quite like her and she’s taught me a lot about wading in when asking for something and being patient in giving them time to figure it out.

I wonder if in the end that’s what the draw is on breaking colts? Maybe it’s not just the reward of seeing them grow but maybe seeing ourselves grow as well because they have more to teach us than an older finished horse that’s a bit jaded.

I’m curious of those reading this blog, what have you learned from your horse lately? Is it patience? Did you learn something about your horse but about yourself as well?

This year has really been wet. We’ve had more rain in a month than we get all year. For horse people that can really play havoc with your schedule, among other things.

For instance, by now we would have normally put our second cutting of hay. Around here hay takes at least three days to bale so that it can dry out and cure. Because we’ve not had three days in a row where it didn’t rain, our hay is still growing out in the field uncut.

We don’t have a big  place and I use every square inch that I can to keep the horses from getting bored in the pend. One place that I do a lot of riding at is around and in the wet weather pond in our pasture. When it’s filled with a little water, I can lope nice big circles around the edge. When it’s all dried up, which is usually June through October, I can ride in the middle of it since the bottom is somewhat nice and flat. As of today, the wet weather pond has about three and half feet of water in it and I can’t even ride around the edge.

Of course with as heavy rain as we’ve had, in some cases raining three days straight non stop, the weather really plays havoc on a training and conditioning schedule. There’s been a lot of days it’s just rained to hard to even saddle up and just walk, let alone do anything else.

The horses, on the other hand, have enjoyed all the rain. Not only do we have good grass for what little pasture we have but the horses have gotten to keep their swimming pool through the heat this year. They love to play and splash in it and had rather drink out of it than the water trough.

I’d like to hear what your weather has been like and how it’s messed with your plans? Has it kept you from doing what you would normally be doing this time of year? 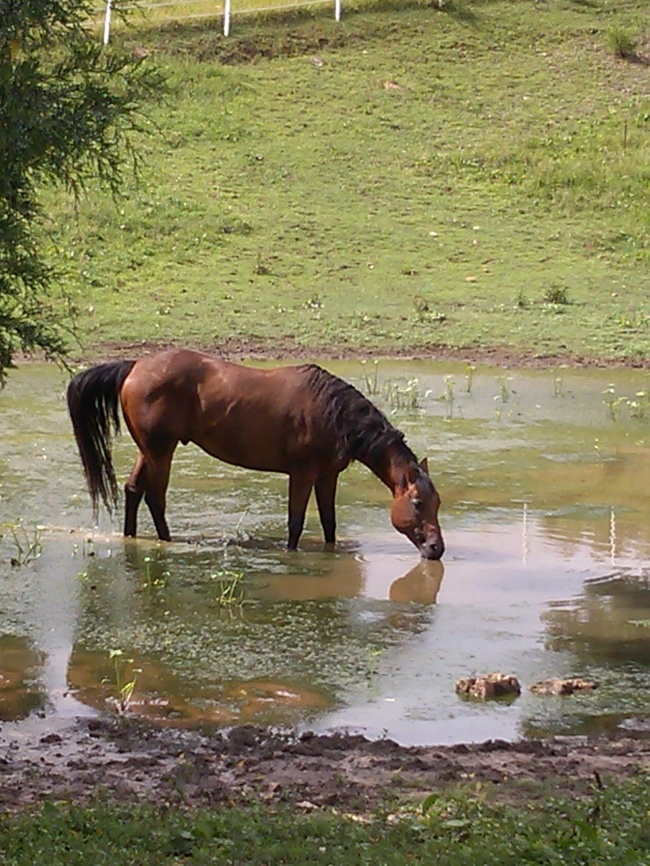 You can see how they’d rather drink from the nasty pond! 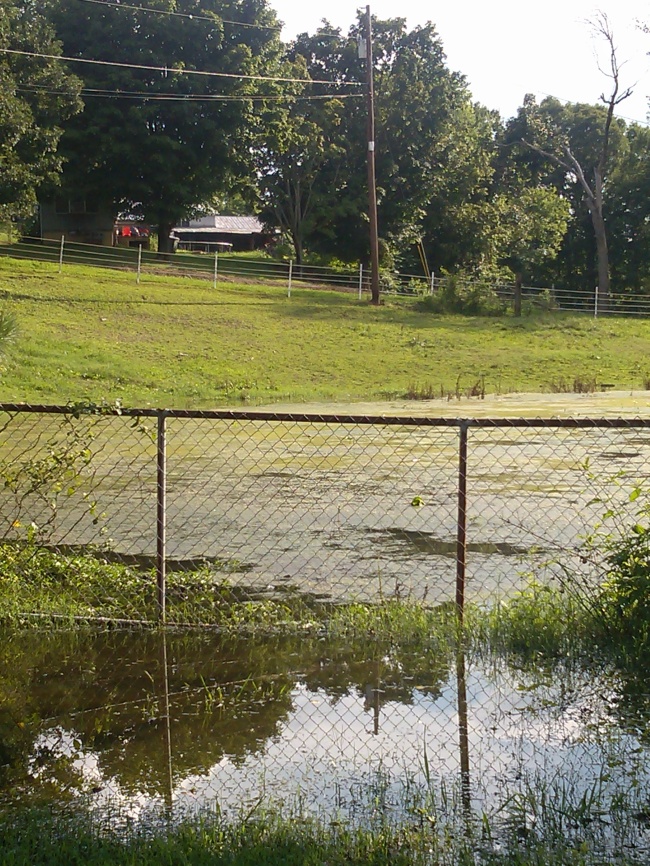 You can see how deep the pond is now — even outside the fence! There’s no where to ride. 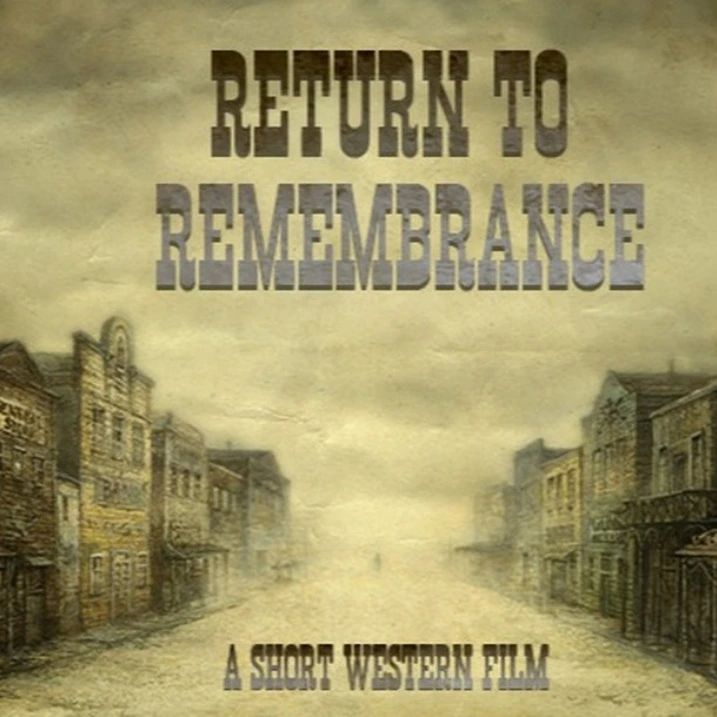 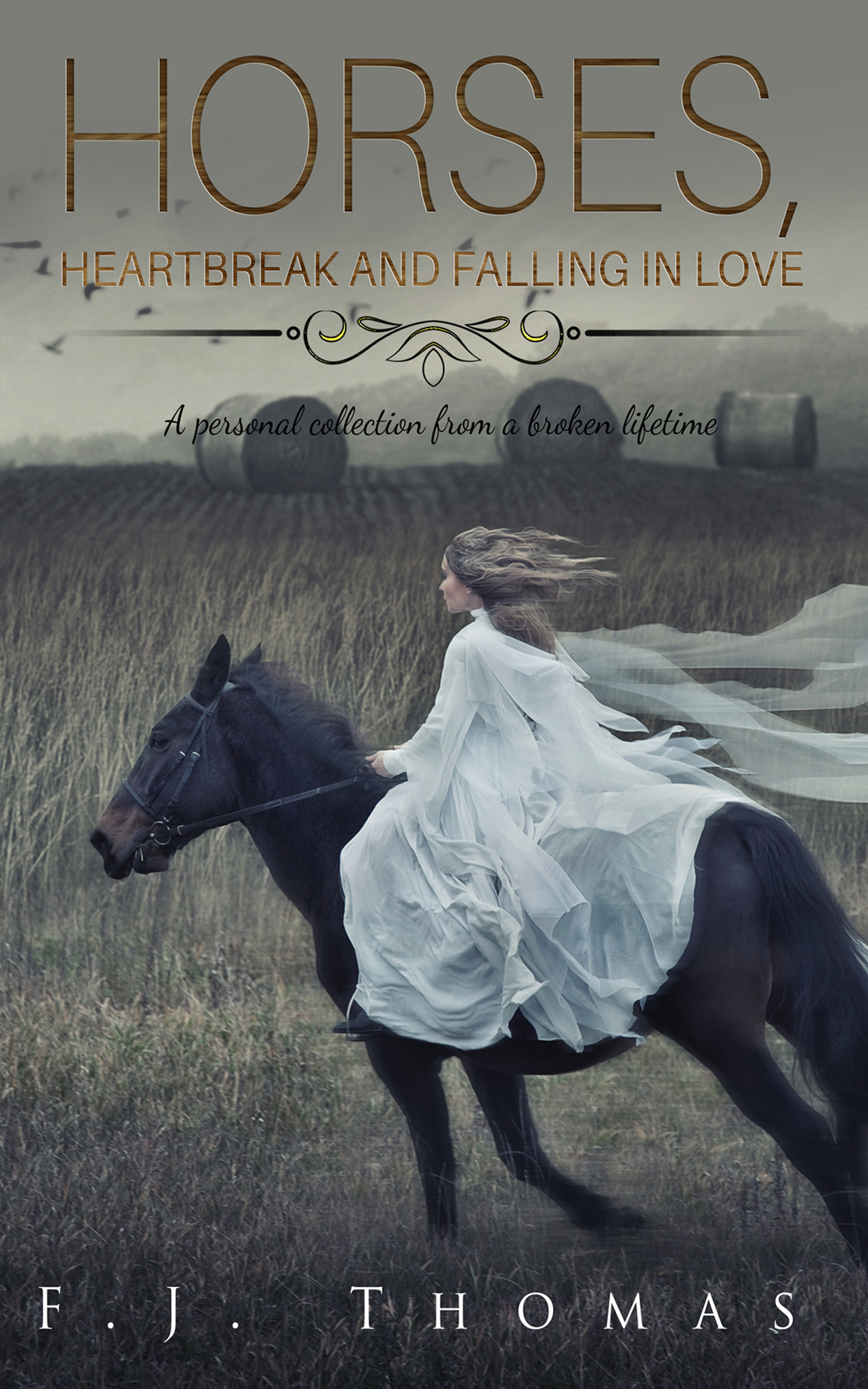 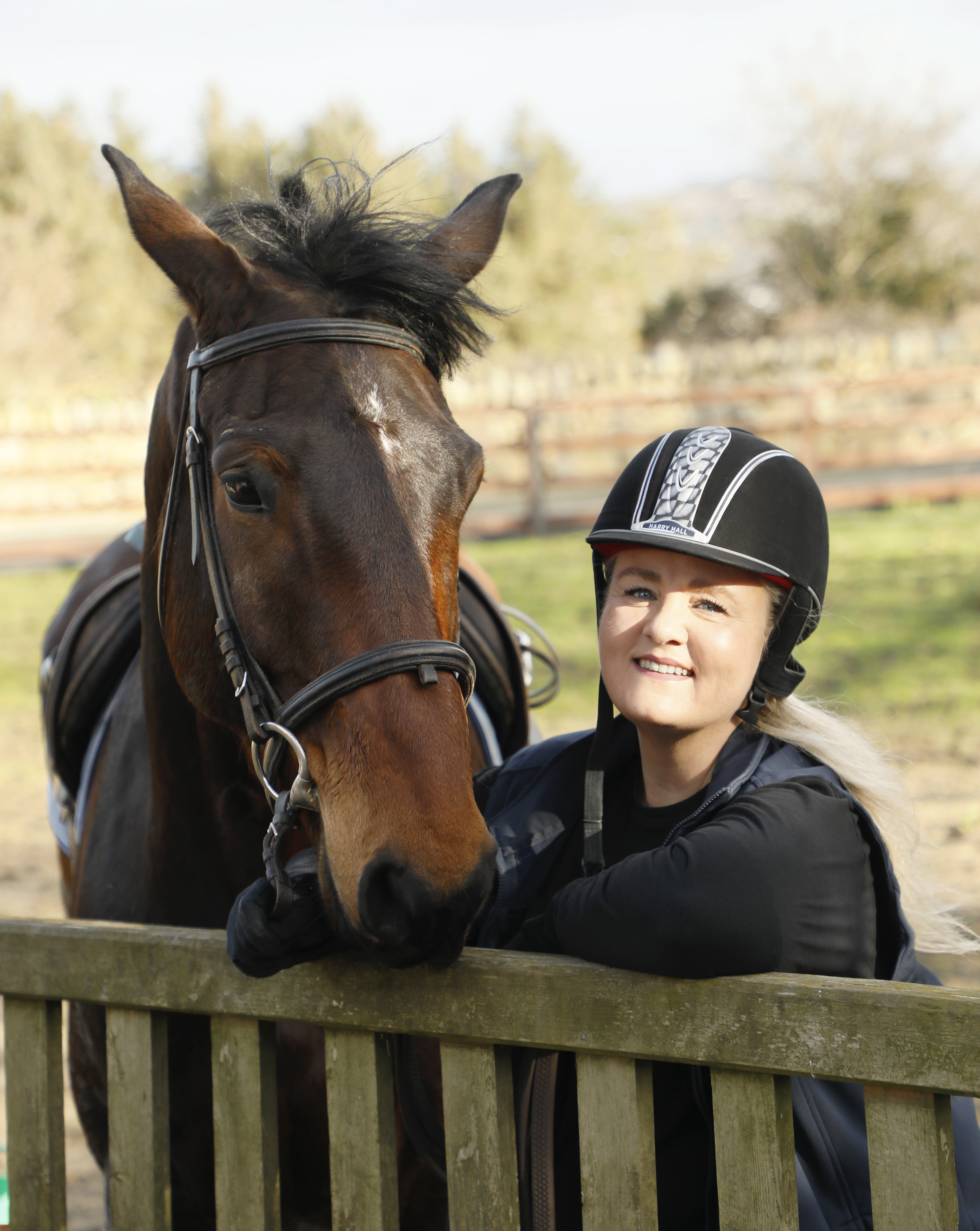